Australia’s unique natural beauty and cultural landscapes attract visitors from all over the world.

However, Australia’s public transport system is far from convenient in comparison to the system in China, and the fare can be quite high.

In big cities like Sydney and Melbourne, whilst many attractions are within the vicinity of the central business district, which visitors can reach via public transport, local day trips to attractions in more distant areas are always fascinating as well, like the Great Ocean Road and Penguin Island. For those who like to explore the local culture and prefer enjoying scenery while driving across, it is the best choice to go for road trips.

Read this article and learn about how to drive in Australia with a Chinese driver’s license and the traffic rules you need to pay attention to.

Only temporary visa holders, including student visas, tourist visits, business visas, work visas, i.e. non-PR or citizens are allowed to drive with their original overseas driver’s licence and a copy of its Certified translation if the license is not in English.

If you are a temporary visa holder and want to drive in Australia, you have two options.

1. Driving with an International Driving Permit

2. Driving with a Chinese driver’s licence and Certified translation

The Authority only accepts translations done by certified translators.

Aussie Translation Services can provide you with the translation, for only AUD 18.

With the translation provided by us, you can drive all across Australia.

Sample of the translated driver’s licence.

1. What documents do I need to take if I’m driving with my Chinese driver’s licence?

– Bring the original Chinese driver’s licence and the original translation copy, your passport and evidence of your visa at all times while driving.

2. Can I drive if my Chinese driver’s licence has expired?

3. How long can I drive with my Chinese driver’s licence while holding a temporary visa?

4. If I already have the Learner License (L license) and the Chinese driver’s licence, which one should I use?

In this case, both driver’s licences are legal and valid, so it’s up to you.  However, it is important to note that people with the learner license must drive with an L-plate which comes with more restrictions you must comply with.

No, a driver’s licence is not compulsory for purchasing a car.

Read for more details at

Tips for driving in Australia

Drivers in Australia require a valid driver’s licence. For foreigners or temporary residents, please always drive with your license and translation in its original copies.

Rental vehicle companies may ask you to take a short road rules test focused towards tourist requirements, or will refer you to information for visitors provided by the local roading authority such as Roads and Maritime, or (if there is time) will take you on a brief familiarisation drive if you haven’t driven on the left before.

If you want to drive in Australia – you’ll need to drive on the left-hand side. This is a significant change for most people(as seen on the map below, blue is left, red is right) and you’ll notice when jumping in the vehicle, that everything is on the opposite side. If you are new to this rule, it is best to first find a local coach and practice under supervision for a few days before driving on your own.

4.Roads are special in Australia

The road network varies greatly in type, surface and the provision of services en route.  There are often very long distances between towns which have fuel, water and/or food. This can be a challenge even for experience Australian drivers. Foreign drivers must be extra careful when driving.

Seat belts must be worn by all occupants.

Children and infants must be restrained in an approved safety harnesses, capsules or booster seat, in some states up to 7 years old.

Seat belt laws are strictly enforced, and the onus is on the driver to ensure all passengers are buckled up.

Passengers 16 and over not wearing a seat belt will be fined along with the driver if caught.

The blood alcohol limit is 0.05% throughout Australia, with zero limits for learners and drivers with provisional licences (“P” plates) in some states.

Random alcohol and drug tests are conducted by the police. If caught driving under the influence of alcohol or drugs, a first offender might expect a fine and a period of driving suspension. This is considered to be a criminal offence. Fines will generally be determined by a court, based on how high your reading is. Refusing a random breath test is also an

offence and similar penalties apply as for driving under the influence of alcohol.

The penalties for leaving an accident scene can be severe.

In case of an accident involving injury or death to any person, the police and appropriate emergency response authorities must be contacted.  The Australian emergency number is 000. The driver of any vehicle involved in an accident in which a person may be injured or killed is legally required to stop and render assistance. Persons rendering first aid in good faith in Australia are protected by law and are not at risk of legal action against them.

A default 50km/h speed limit applies in urban areas with street lights in the rare event that there is no other signposted limit.

Speed cameras are used in all states and territories of Australia, with some states using hidden cameras, others preferring obviously placed ones. Point-to-point speed checks (over a certain distance) or aerial speed checks are also used in certain places. All police vehicles should be presumed to have speed radars.   There is no defined margin of tolerance for speeding.  Cameras also monitor red (stop) traffic signals.

Rental car companies often charge an administration fee if speeding or other fines are incurred and will pass your name and address to the authorities. Fine notices are invariably sent to overseas addresses. Your fine won’t generally be pursued outside Australia, but you should consider the consequences if you wish to drive in Australia in the future.

On the day before public holiday weekends and between Christmas and New Years Day, some states double their fines and demerit points due to the risk of accidents on these busy weekends.

Australia’s major cities can be congested, so it’s best to avoid driving in the Central Business District (CBD) during early morning and late afternoon peak times.

Park on the left had side of the road well clear of all traffic.

Do not park on the opposite side (e.g. facing the oncoming traffic) as you will incur a fine.

It is illegal to turn left on a red traffic signal unless signposted.

In some states it is illegal to do a U-turn at a traffic signal unless otherwise signed.

In Victoria and the Australian Capital Territory this move is allowed on a right arrow except where signposted.

Some motorways, bridges, and tunnels in or near Brisbane, Melbourne and Sydney require payment of tolls. Please note that all tolls can only be paid electronically with a transponder fitted inside the car – not in cash.

If renting a car in Melbourne, Sydney or Brisbane, ask the rental company about tolls.  All the major car rental companies have now partnered with NSW Road Traffic Authority to include the cost of tolls for a relatively small extra daily charge – usually about $3 per day on top of the actual toll charges – except for Hertz who will charge about $16.  This scheme applies in Brisbane, Sydney and Melbourne.

Traffic goes clockwise around a roundabout.  When approaching a roundabout, you need to give way to vehicles already on the roundabout, that is, coming from your right.

The rules for all roundabouts are:

If you are turning left, signal left as you approach the roundabout and remain in the left-hand lane.

If you are going straight through, don’t signal as you approach the roundabout. You may choose any lane with an arrow pointing straight ahead. Signal left after you have passed the exit before the one you want to take and exit the roundabout in the same lane you are in.

If you are turning right signal right as you approach the roundabout in the right-hand lane. Signal left after the exit before the one you want to take.

On multi-lane roundabouts, arrows will be painted on the road indicating which lane you should be in for specific directions. Otherwise, just take the left lane for left, or the right lane for right, and either lane to go straight.

14.Drive in the Outback

Outside of major cities and the main routes between some state capitals, most Australian highways are two lane, undivided, sealed asphalt roads. While about 30% of Australia’s population lives in regional and rural areas, about 60% of fatal accidents occur on these roads.

Allowable speed limits are often the same as for freeways (speed limits vary between 90km/h and 110km/h), yet the conditions are more dangerous than freeways because it is dual-carriageway, there is no barrier or division from oncoming traffic, and the condition of “country” roads often falls well short of “ideal”.

Motorists need to be well prepared and self-sufficient before travelling through remote areas by fueling up (and potentially bringing extra fuel, preparing plenty of water to stay hydrated and make sure your vehicle is able to withstand extreme heat, getting a satellite phone, which can typically get reception anywhere in the world in case your cell phone can not work in remote areas, etc.

Permits can be necessary to travel through aboriginal communities and towns in certain remote areas. Most of these are in Western Australia, South Australia and the Northern Territory.

Australia is home to a number of large wildlife including emus, camels, horses, cattle, and kangaroos, which often wander onto the roads across the country—especially in rural areas and most of the Outback.  Many accidents occur at night in these areas due to driver fatigue, and the presence of native animals which become more active in the evenings.

Some car hire firms impose a curfew on driving after sunset in Western Australia and the Northern Territory for very good reason.

Some endangered species such as cassowary are especially at risk vehicle strikes.

Try to arrive at your destination well before nightfall. If forced to travel at night, reduce your speed and remain alert. 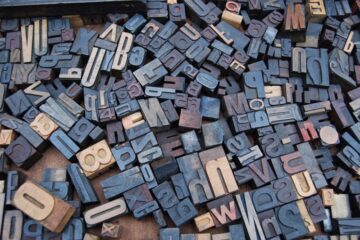 Why choose a NAATI translator?

Last month, the Department of Home Affairs notified 485 visa holders directly about the extension or enliven of the 485 visa which means there is a high demand of skilled talent. 485 visa applications are Read more…